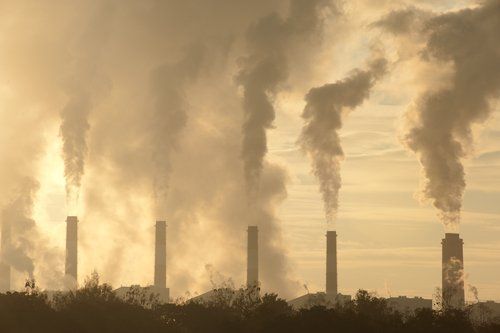 Today the Administration made public a new rule to replace the Clean Power Plan. The Obama-era rule was the first significant attempt made by the federal government to curtail greenhouse gas emissions from power plants—the country’s single largest source of carbon pollution. The new proposed rule, the Affordable Clean Energy Rule, would make minor improvements at individual plants and would allow states to ease pollution rules for older plants.

By working with states to set customized carbon emission reduction targets, it was estimated that the Clean Power Plan would reduce national electricity sector emissions by 32% below 2005 by 2030. The Clean Power Plan was the United States’ marquee domestic policy for achieving its commitment under the Paris Agreement to reducing its across-the-board emissions by 26-28% below 2005 levels by 2025.

The Administration’s analysis of the Affordable Clean Energy Rule states that “implementing the proposed rule is expected to increase emissions of carbon dioxide and the level of emissions of certain pollutants in the atmosphere that adversely affect human health."

Kyle Meyaard-Schaap, national organizer and spokesperson for Young Evangelicals for Climate Action, released the following statement in response to the announcement:

“This proposed rule is one more example of this Administration’s moral cowardice in the face of the biggest challenge our world has ever faced. In the wake of record-setting storms in Houston and Puerto Rico and as historic wildfires continue to rage across the western U.S., it has never been clearer that climate change is already endangering economies and communities across the United States. Yet rather than offer the moral clarity and political courage necessary for the moment, the Administration continues to bury its head deeper in the sands of delusion and denial.

As young evangelicals, we are motivated to respond to the climate crisis by the commands given to us by Jesus to love God and to love our neighbors. Faithfulness to these commands in a warming world requires that we care for God’s good world and that we show compassion to those whose very lives are threatened by a changing climate. If our political leaders, many of whom confess our faith, will not take the action necessary to respond to these commands, then the rest of us will. Across the country young evangelicals are already standing up by the thousands and are taking creative, faithful climate action. They are joining with countless businesses, college campuses, local governments, and other communities of faith to create a truly grassroots movement of hopeful action—a movement that does not require the federal government in order to succeed.

When it comes to climate change, this Administration continues to insist on leading from behind. So that is exactly where the rest of us will leave them.”