On Harvey Anniversary, Evangelicals Across the U.S. Pray for Climate Action 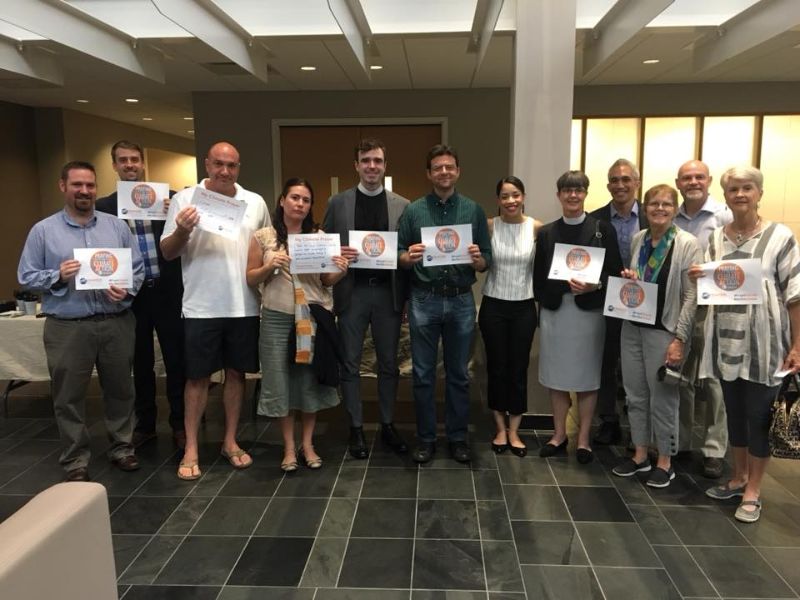 Hundreds of evangelical Christians in dozens of locations around the country joined in prayer over the Labor Day weekend to call attention to the ongoing work of Harvey recovery in Houston, to lift up victims of extreme weather around the world, and to call upon our leaders—both local and national—to put forward real solutions to the climate crisis.

The Day of Prayer, organized by Y.E.C.A., marked two important events: 1) the one-year anniversary of Hurricane Harvey, which visited historic devastation upon the Texas Gulf Coast from August 25-September 3, 2017 and 2) the World Day of Prayer for the Care of Creation hosted by the Catholic and Orthodox Churches.

Organizers say it was as much about praying for the victims of extreme weather as it was about putting pressure on lawmakers to start taking climate change seriously. “Faith communities have a powerful moral voice to bring to the national conversation about climate action,” said Rev. Kyle Meyaard-Schaap, national organizer and spokesperson for Y.E.C.A. “Prayer must always ultimately take us from our knees back onto our feet and out into the world for the sake of the world. We hope our decisionmakers across the country will start to pay attention to faith communities as we continue to pray, act, and vote for the sake of God’s world and for our neighbor’s good.”

A flagship prayer service was hosted in Houston by a diverse coalition of Houston-based churches, organizations, and neighbors. Houston City Councilwoman Amanda Edwards was in attendance and encouraged the gathering to make sure that political leaders hear their voice on this issue. “Don’t think for a one minute that your letters and emails don’t make a difference,” said Edwards. “I can talk to lawmakers as a peer, but I don’t have the same power that you have because I didn’t put them in office. You did.”

“Storms like Hurricane Harvey are our new normal,” said Meyaard-Schaap. “If our leaders want to live up to the responsibility of that title, then they need to get serious right now about real policy to address climate change. The residents of Houston and countless other cities around the world can’t wait any longer.”