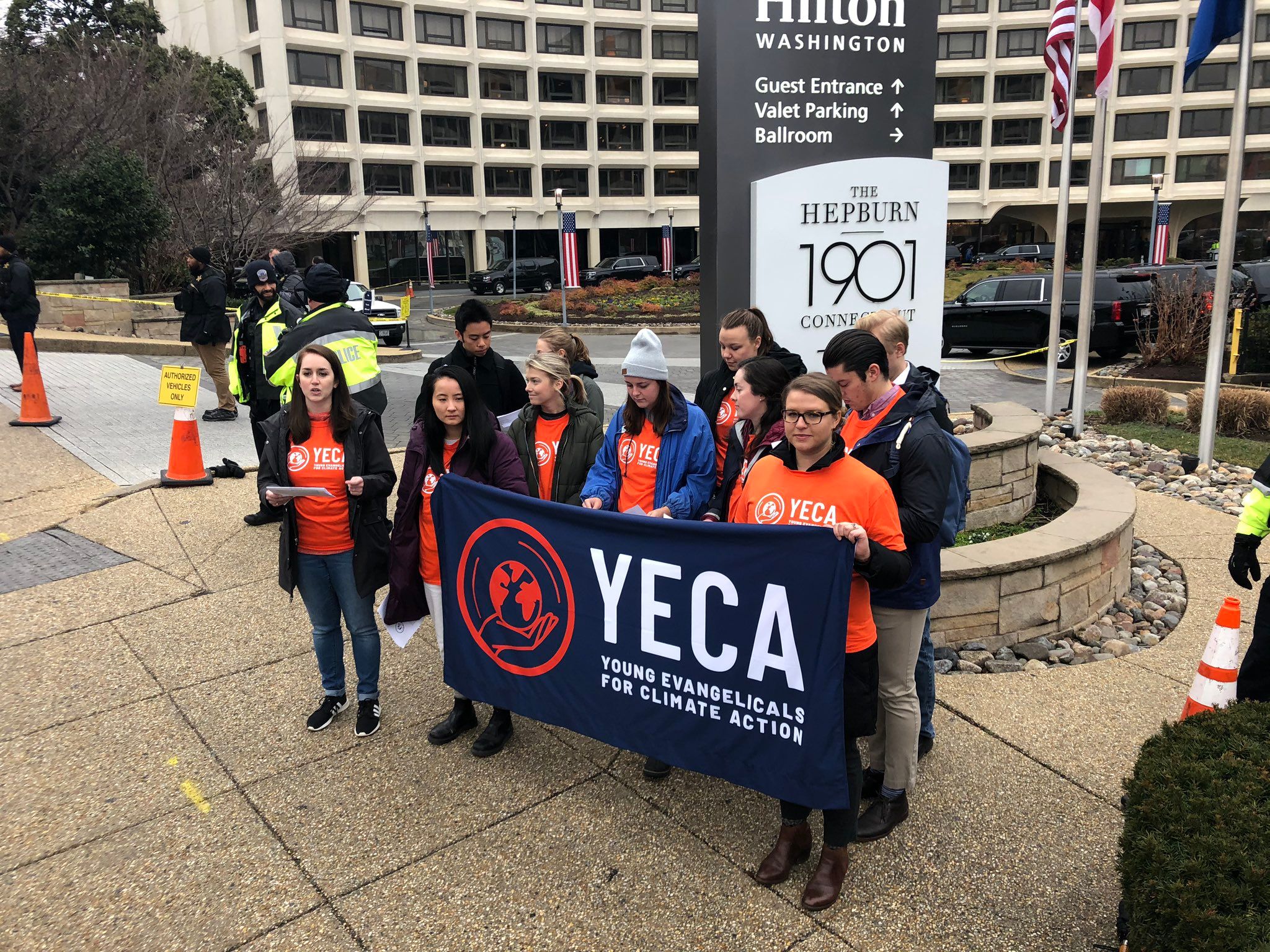 FEBRUARY 6, 2020 | WASHINGTON, D.C.—Over a dozen young evangelicals gathered outside the National Prayer Breakfast today to call on church leaders to act urgently to address the climate crisis. Organized by Young Evangelicals for Climate Action (YECA), the demonstration highlighted an open letter, published in Religion News Service, written by 12 prominent young evangelicals and signed by hundreds more calling on National Prayer Breakfast attendees to include the climate crisis in their prayers and to turn their prayers into action when they return home.

While a majority of Americans accept the scientific consensus that the earth’s climate is changing due to human activity, polls consistently find that white evangelicals are among the most doubtful.

“Responding to climate change is not a partisan issue, it is a Christian one,” said Kyle Meyaard-Schaap, national organizer and spokesperson for YECA. “It’s about loving God by caring for his creation and loving our neighbors who are being harmed by the impacts of a changing climate. The moral call to act is clear, and our generation is standing up and responding. We need our church and political leaders to do the same.”

“We don't have to look much further than the news headlines to see that Americans are being harmed now by global warming - whether it's flooding in the Midwest, record-breaking hurricanes in the Southeast, or fires out West,” said Jessica Moerman, an organizer of the demonstration. "The lives and livelihoods of those Jesus calls us as his followers to love and serve, including those within our own church communities, are already being impacted. The voice and the action of the evangelical community is absolutely necessary to make progress on solutions to climate change, and in this time of crisis, we as young evangelicals need our leaders to lead."

Demonstrators at the National Prayer Breakfast took turns reading the open letter aloud. This was followed by a liturgy and prayer vigil which centered the victims of the climate crisis, including farmers in the Midwest facing more difficult growing conditions and the one billion animals that perished in the recent Australian bushfires.

ADD YOUR NAME TO THE OPEN LETTER