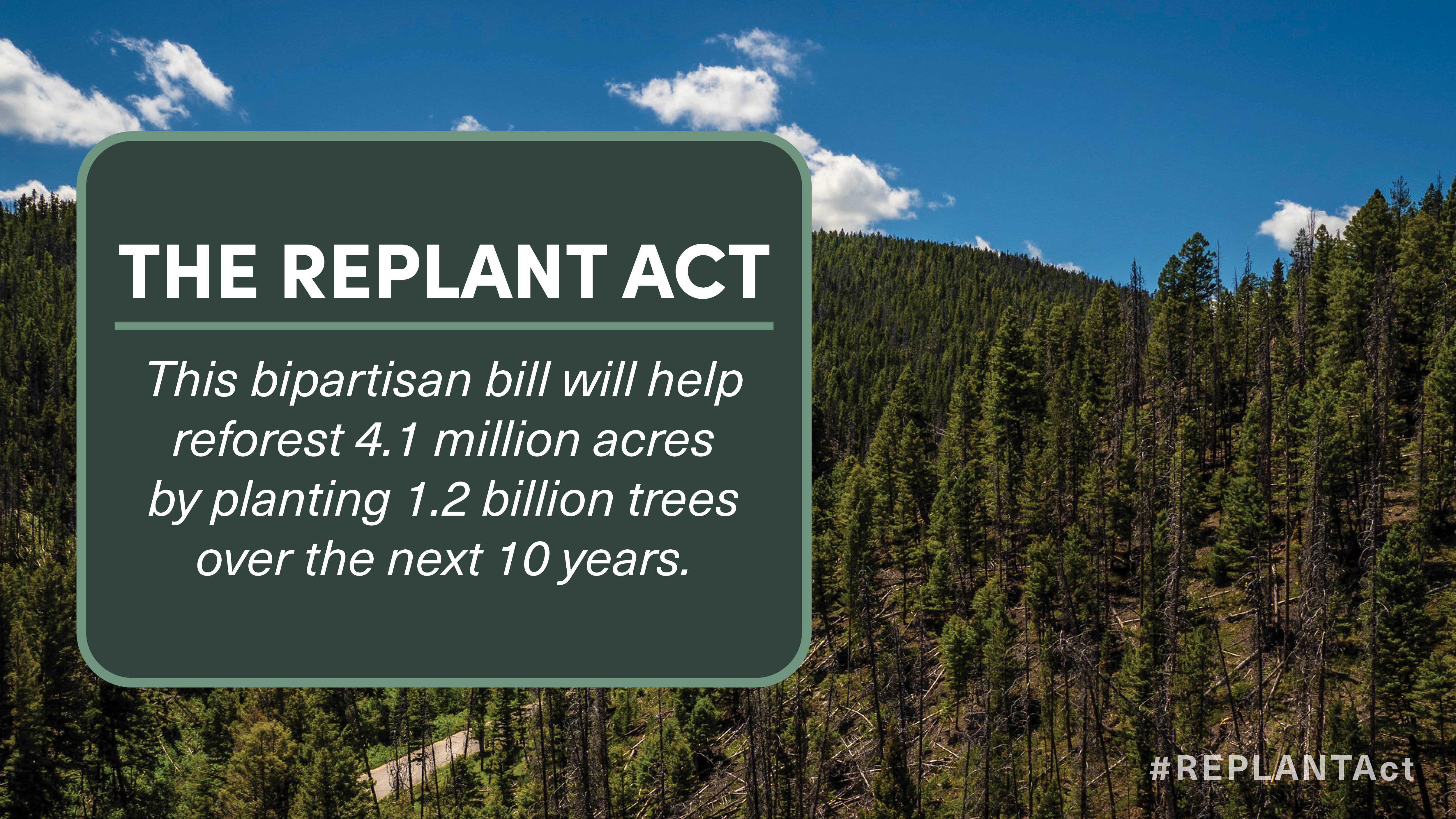 “Forests are a vital part of God’s creation and provide a myriad of benefits including carbon sequestration, habitat for wildlife, and clean drinking water. In fact, over 55% of people in the United States rely on public and private forests for their water supply. The climate crisis has unleashed havoc on our national forests in the form of extreme wildfires, longer and more frequent droughts, pest infestations, and diseases. These devastations are only getting worse and far outpace the ability of the Forest Service to restore resources. We know that addressing the climate crisis requires investing in natural solutions, and that is why YECA celebrates the recent introduction of the REPLANT Act, a bipartisan, bicameral effort to plant and regenerate over 1.2 billion trees over the next decade.

“By lifting the outdated cap placed on the Reforestation Trust Fund, the REPLANT Act will unlock necessary funds to keep up with growing reforestation needs. The trees planted will capture nearly 758 million metric tons of carbon dioxide, which is equal to the emissions caused by 85.3 billion gallons of gasoline. America’s forests already capture 15% of our annual emissions, and reforestation efforts have the potential to increase this to more than 20%. We know that emission reduction is an urgent priority, but the REPLANT Act is an important step toward comprehensively addressing the climate crisis.

“90% of Americans support planting trees as a way to protect clean air and water, and we call on Congress to pass this important bill. Trees alone won’t solve the climate crisis, but the REPLANT Act is an important part of the climate solution and we urge all elected leaders to support natural solutions and efforts to reduce harmful emissions at the source.”